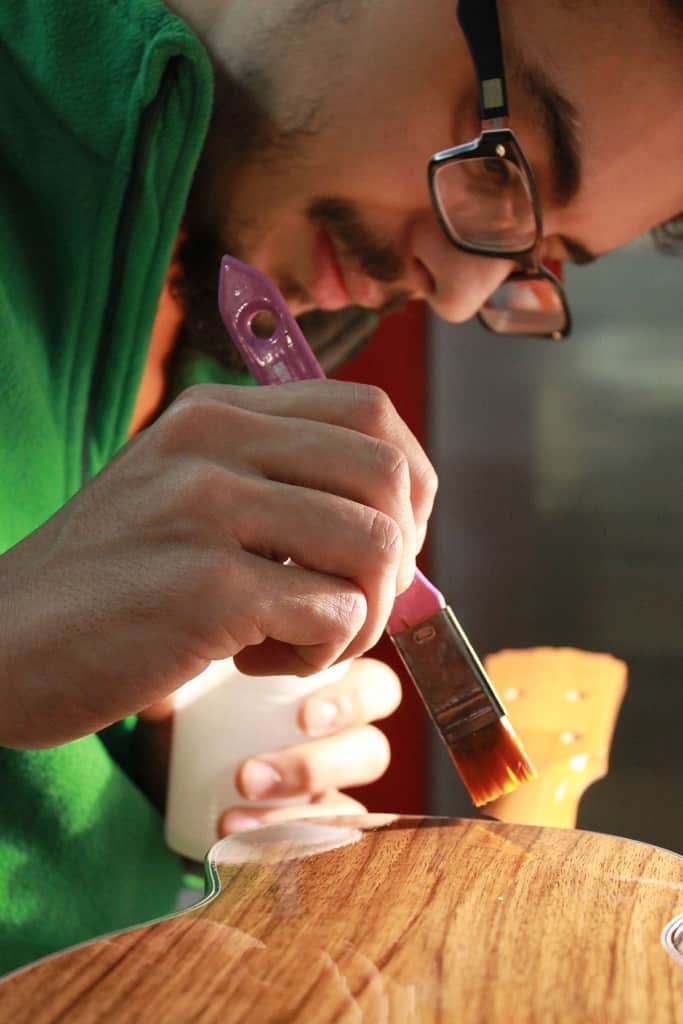 Liuteria Guarnieri was officially born in September 2014, but the project started several years before from my gratest passion: music.

My name’s Alessio Guarnieri, born in 1987. Since my early years I showed great interest about music, an interest that soon led me to the study of more than an instrument: starting with saxophone, going through piano and drums, I finally got my hands on a guitar and it didn’t take much time since I needed to get a repair on it.

In 2008 I’ve walked for the first time in my life the door of a luthier’s workshop and just like many others before me I was totally blown away from what I’ve seen. So much that I decided to quit my job and change my life completely to pursue that dream: building guitars.

Next year I had my first exposure to the Civic School of Lutherie of Milan, and in September 2010 I was one of the fifteen selected students in a group of more than fifty candidates.

In the next four years I graduated as a Lutherie Operator and then Master Luthier under the guidance of masters of the likes of Tiziano Rizzi, Lorenzo Lippi, Federico Gabrielli and Filippo Lesca.

During my last year I also served an apprenticeship of four months with Mirko Borghino of Borghino Guitars. 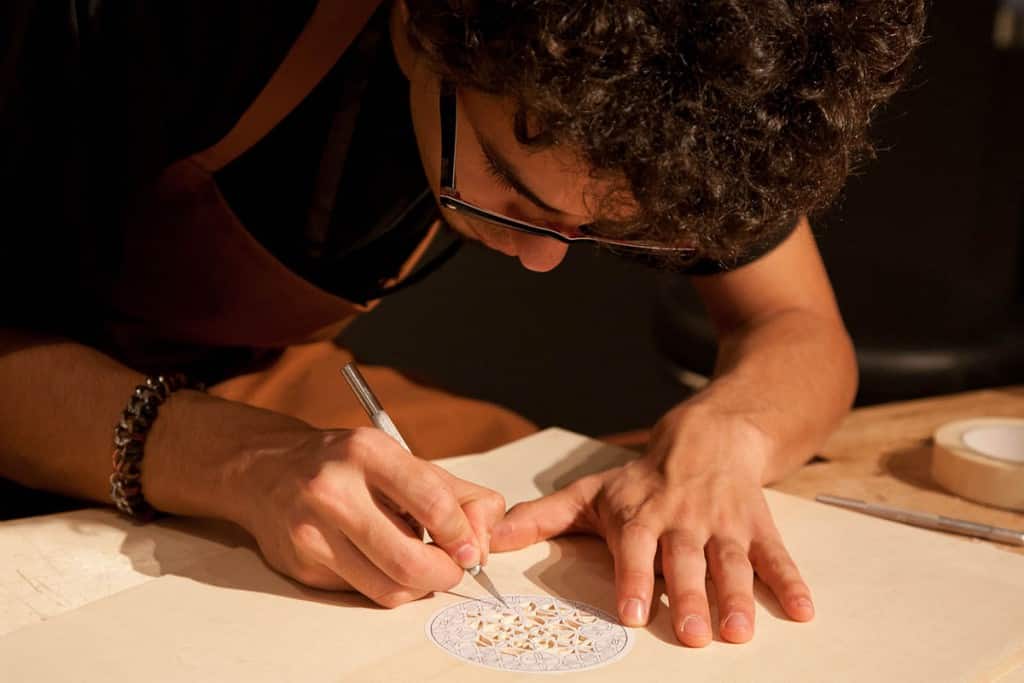 During the summer of 2014 I moved the shop to the current location. In May 2016 Liuteria Guarnieri was awarded with the brand Eccellenza Artigiana by Regione Piemonte.

My journey has brought me to mix different elements in my instruments, both from the classical and modern lutherie, from tradition and innovation.